The Most Important Evangelical You Probably Don’t Know: Harold Ockenga

Nearly forty years ago Newsweek declared 1976 as the year of the evangelical. My how things have changed. Recent tectonic cultural shifts and waning evangelical social influence, especially political, make the case.

What’s happened? One reason, perhaps, is that evangelicals have forgotten the intellectual roots and model of intellectual engagement that gave rise to the influence they enjoyed for nearly half a century.

“Ockenga’s name has slipped the evangelical memory,” Strachen writes in his new book Awakening the Evangelical Mind. Yet he reveals “no figure, including [Billy] Graham, did more than Ockenga to run, establish, and invigorate the premier institutions of the [evangelical] movement.” (23)

Strachen’s book traces the development of evangelicalism as an intellectual movement, to help cure evangelical historical amnesia. “Ockenga must be reevaluated and restored to the position of prominence he enjoyed,” because he and his peers “offer a model, however flawed, how Christians…may honestly and passionately engage their culture.” (23, 25)

After surveying Ockenga’s intellectual life I’ve gleaned four principles that should serve to (re)awaken the evangelical mind of this current and next generation.

Ockenga was a man who had “set his face to the plow” in pursuit of his ambitions. Strachen reveals, “He was going to be a pastor, and a conservative one at that…He wanted to preach and minister and turn the world upside down for Christ.” (28) Even before he began undergraduate studies he had a drive to attain his doctorate and influence the broader church.

Yet his singular ambition as an intellectual was God. In a letter to his long-distance girlfriend, Ockenga wrote, “To me my ambition is primarily to be a man of God. To do this I must know how to preach, pray and live. Everything else must bow to that or go.” (28)

Perhaps his Holiness background and the influence of Keswick theology helped him home in on this God-centered ambition. Strachen notes how such a mindset contrasted sharply with his fellow students: “His peers, ostensibly training for ministry, seemed to Ockenga to favor success, but not spirituality, and salaries, but not ‘soul salvation.’” (36)

Leaders Must Take a Stand

Ockenga came of age as an intellectual during a seismic shift in twentieth-century religious history: the final break between Presbyterian fundamentalists and Presbyterian modernists. Strachan notes how this historical development impressed itself upon young Ockenga:

The lesson of the epochal movement was not lost on the budding leader: for theologically conservative evangelicals fidelity to Scripture required ‘taking a stand.’ This stated conviction, even at such a young point in Ockenga’s life, is noteworthy. (28)

Shortly after the split within Presbyterianism, Ockenga would join his mentor J. Gresham Machen in standing against the modernists by completing the studies he began at Princeton Theological at newly-formed Westminster. Later Ockenga and other neo-evangelical colleagues would take their stand against “modernist encroaches” by launching Fuller Theological Seminary.

Ockenga was something of a rare breed in his day: “In an age when a sizable portion of theologically conservative Christians did indeed choose ministry over academic training, Ockenga expressed a desire to accrue ‘several advanced degrees.’” (33) And accrue he did.

Though many of his friends were content with a two-year diploma from a Bible institute, Ockenga studied at Taylor, Princeton Theological, Westminster Theological, and the University of Pittsburg. The latter is especially noteworthy, because while earning his PhD he also enjoyed a vibrant pastoral ministry. He was a true pastor-theologian:

The pastor was not merely an expositor of a text in Ockenga’s eyes. The pastor was a pedagogue, an exegete, a dogmatic philosopher, an intellectual showman, a rational mystic. He provided leadership of a moral, philosophical, and intellectual kind to the Christian community through his preaching. (63)

If you are a professor, this final aspect of Ockenga’s intellectual life is for you. It’s also for the broader evangelical movement, because in order for it to generationally recapitulate intellectual awakening it needs mentors committed to shaping and sharpening up-and-comers, like Ockenga.

Ockenga’s foremost mentor was the heir of Old Princeton, J. Gresham Machen. His most “intensive period of tutelage came from his interaction with Machen.” (45) As his “foremost protégé,” Machen helped steer and shape several aspects of Ockenga’s career:

Machen “had the ability to launch [Ockenga’s] career into the ether.” And he did.

“My greatest hope,” wrote Al Mohler in his foreword, “is that this work will serve as a catalyst for a renaissance…that will contribute toward the shaping of an intellectual awakening among evangelicals in the present and future, even as we learn from the past.” (13)

Engage Awakening the Evangelical Mind yourself to experience such a renaissance yourself.

The Social Justice-ization of the Church’s Mission 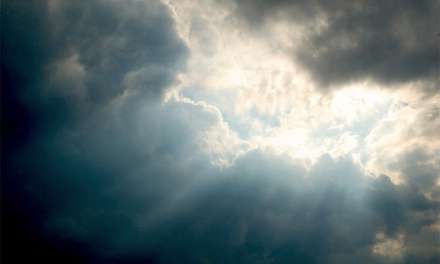